In Yacht Port Cartagena we are finalizing preparations to participate in Boot Düsseldorf 2019, the biggest European event dedicated to marinas and nautical sports, which will take place between January 19th and 27th.

For second consecutive year Yacht Port Cartagena attends this international meeting, which has become an unavoidable event to raise awareness of the city of Cartagena as a privileged enclave.

Yacht Port Cartagena will be part of the stand of Puertos del Estado (Ports of Spain), which also visits Germany for the second time, and this year brings together the Port Authorities of A Coruña, Baleares, Las Palmas and Melilla, the Association of Ports and Sports of the Valencian Community and Andalucía Cruises.

Boot Düsseldorf presents the latest developments in the nautical sector and attracts a diverse public of great interest to YPC, with 85% of foreign occupation, which arrives at our port attracted by a privileged geographical situation (five minutes walking from the city center of Cartagena, a Mediterranean city rich in history) and for the benefits of its climate, with 360 days of sunshine per year.

One more year, YPC is presented in Düsseldorf as a reference port for both holiday periods and winters, for all types of sailors, ship owners and crews, with special emphasis on the mega yacht sector (for lengths of up to 140 meters) and luxury boats, in which YPC wants to focus with particular interest. 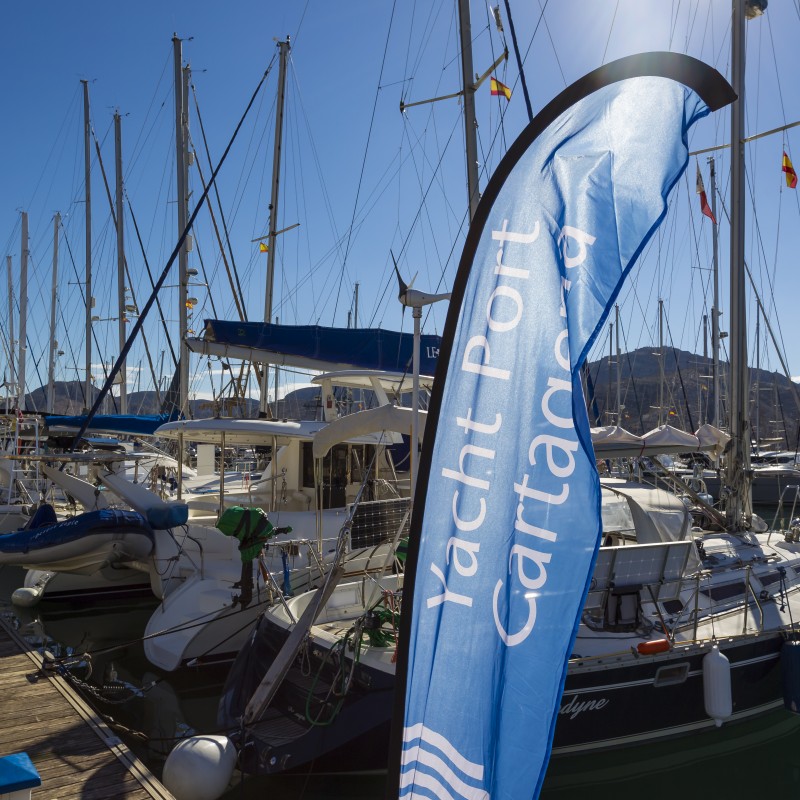