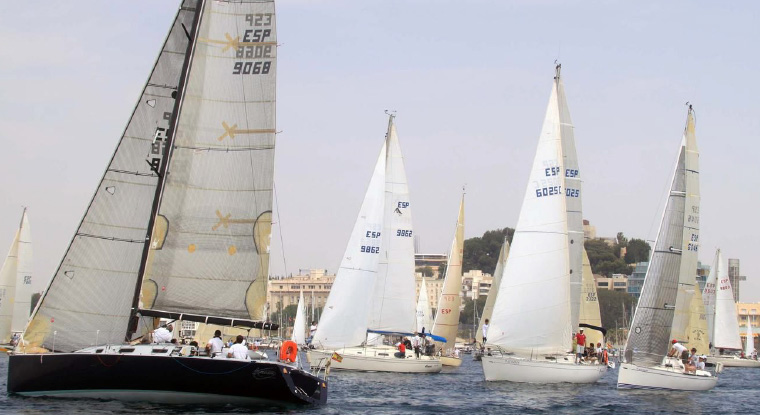 During the 2nd and 3rd of June the fourth edition of this regatta took place which is part of the Cruise Cup Spain Rl. The double world champion of the Vaurien class, Javier Coello, was the overall winner of the race on board the yacht ‘Carmen’, a BH 36 QB built by the company Synergy Racing Group, managed by Jose Coello, owner of the boat. This boat has won the silver Trophy I “Carburo de Plata” and the Trophy IV Mercuriogroup. Along with the boat ‘Carmen’, the other winners in their categories where Leandro Martin with “Somewherito”, Agustin Cuesta with ”Noah”and Antonio Carrasco with “Aguamarina” The race this year coincided with the 20th anniversary of the founding of the Portman Yacht Club.

The number of partcipants (61 ships) in comparison to the previous edition was exceeded by more than 50 percent.The regatta is becoming a classic event within the sailing panorama of the region of Murcia thanks to Isaac Calventus Blas, the current president of the club. Once again the collaboration ofYacht Port Cartagena – ever since the first edition of the race – has been crucial as to the organization, development and success of this regatta by offering organizers and participants its fantastic international marine facilities. Designed to accommodate mega yachts up to a length of 65 meters, since its inauguration in 2005 the Yacht Port Cartagena has become a must in the Mediterranean.