THIS JUNE THE “YACHT PORT CARTAGENA” WILL TAKE PART IN THE WELCOMES THE J80 CLASS WORLD CHAMPIONSHIPS. 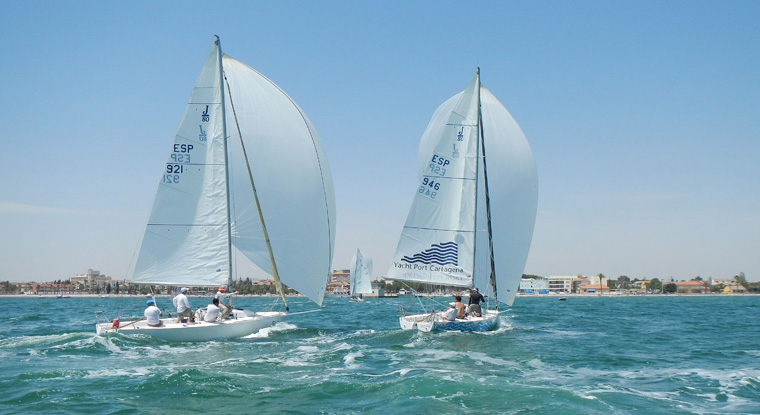 The championships will be held in the English town of Dartmouth, in Devon . Skipper Emilio Azofra and his team, sponsored by Yacht Port Cartagena, will travel to Dartmouth, via Santander, at the beginning of June to take part in the J/80 class World Championships . It is anticipated that around 80 vessels, from all over Europe, the United States and Hong Kong, will participate. The weigh-in and qualifying rounds will be held on the 9th and 10th June, and there will be a training regatta on the 11th June. The true World Championships will take place between the 12th and the 15th June. The first round will set sail each morning at around 10:30am, weather conditions permitting. There are expected to be three rounds a day, possible more if required, except the last day, on which two rounds will be held.

The J/80 Yacht Port Cartagena team is made up of Emilio Azofra, the owner; Carlos Soto, Trimmer; Fernando Lorenzana, piano and Javier Mulas on the prow. Emilio is hoping that the team will finish in the top twenty, in this world field. It is a challenging goal, but not an unattainable one. Let’s not forget that this same team finished seventh in the recent Copa del Rey regatta, which boasted a very strong field, and 9th in the 2010 Spanish championship. This was no mean feat when one considers that the Spanish J/80 field is so strong that it has won every world championship since 2008.